According to the official report of Col., Fullarton of the British forces stationed in Mangalore, the worst type of brutalities on Brahmins were committed by Tipu Sultan in 1783 during his siege of Palghat Fort which was being defended by the Zamorin and his Hindu soldiers. “Tipu’s soldiers daily exposed the heads of many innocent Brahmins within sight from the fort for Zamorin and his Hindu followers to see. It is asserted that the Zamorin rather than witness such enormities and to avoid further killing of innocent Brahmins, chose to abandon the Palghat Fort” (p. 500).

As he proceeded with his Islamic wars against the Hindu population in Kerala, Tipu Sultan committed many more brutalities. The Rajas were unable to resist. But they did not like to be mute witnesses to brutalities perpetrated by the Muslim army of Tipu. As a consequence, the Kadathanad and Kottayam Rajas sent requests to the English Company at Tellicherry for protection, stating that “they could no longer trust Tipu Sultan and beseeching the Company to take the Brahmins, the poor and the whole kingdom under their protections. ” (p. 507).

But the British did not render any help to the Hindu Rajas. Tipu’s brutalities were against all sections – Brahmins, Nairs, and Thiyyas of Hindu community, not excluding even women and children. Even Christians were not spared.

“It was not only against the Brahmins who were thus put in a state of terror of forcible circumcision and conversion; but against all sections of Hindus. In August 1788, a Raja of the Kshatriya family of Parappanad and also Trinchera Thiruppad, a chieftain of Nilamboor, and many other Hindu nobles who had been carried away earlier to Coimbatore by Tipu Sultan, were forcibly circumcised and forced to cat beef. Nairs in desperation, under the circumstances, rose up against their Muslim oppressors under Tipu’s command in South Malabar and the Hindus of Coorg in the North also joined them (p. 507). ”

“The revolt in the South Malabar was led by Ravi Varma of the Zamorin family. Though Tipu conferred on him a jaghire (vast are of tax-free land) mainly to appease him, the Zamorin prince, after promptly taking charge of the jaghire, continued his revolt against the Mysore power, more vigorously and with wider support. He soon moved to Calicut, his traditional area of influence and authority, for better coordination. Tipu sent a large Mysore army under the command of M. Lally and Mir Asrali Khan to chase and drive out the Zamorin prince from Calicut. However, during the above operations, Ravi Varma assisted not less than 30,000 Brahmins to flee the country and take refuge in Travancore” (p. 508).” 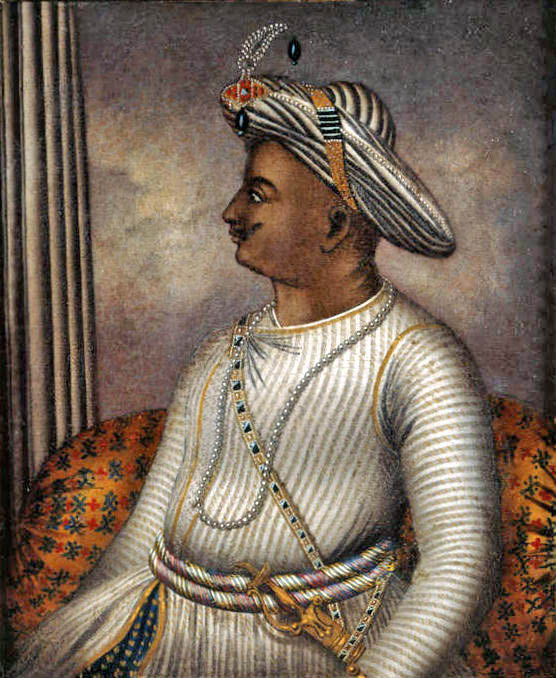 It may be pointed out here that almost all female members and many male members of different royal families such as Chirackal, Parappanad, and Calicut, and chieftains’ families like Punnathoor, Nilamboor, Kavalapara, Azhvancherry Thamprakkal etc., fled to Travancore to escape the brutalities of Tipu’s army and temporarily settled down in different parts of Travancore. Even after the fall of Tipu Sultan’s regime in Srirangapatanam, many of these families, wholly or partly, preferred to stay back in Travancore because of the Mappilas’ atrocities in the past.

The continued resistance and revolt by the Nairs and other chieftains enraged Tipu Sultan who gave strict orders to his army under M. Lally and Mir Asrali Khan to “surround and extricate the whole race of Nairs from Kottayam to Palghat” (p. 508). After entrusting Calicut to a powerful army contingent, he instructed it “to surround the woods and seize the heads of all Nair factions”. He then proceeded to North Malabar to suppress the spreading revolt under Kadathanad and Pazhassi Rajas. Prior to this, Tipu had sent a formal request to the English Company at Tellicherry asking them “not to give protection and shelter to Nairs fleeing from South Malabar” (p. 509). A similar letter had been sent to the English Company in Tellicherry by Hyder Ali Khan in 1764 before he launched his Malabar invasion (Kerala History by A.S. Sreedhara Menon, p. 372). These letters clearly show that neither Hyder Ali nor Tipu was at war with the British.

It was at Kuttipuram, the headquarters of the Kadathanad Rajas, that the huge army of Tipu Sultan with a large number of field-guns surrounded an old fort defended by a small contingent of Nairs. After several days of resistance, and finding it difficult to defend the fort any longer, the Nairs submitted to the usual terms of surrender –

“a voluntary profession of the Mohammedan faith or a forced conversion with deportation from the native land… In short, either way, they had to embrace Mohammadan faith!… The unhappy Nair captives gave a forced consent and on the next day, the Islamic initiation rite of circumcision was performed on all male members, closing the ceremony after every individual of both sexes was forced to eat beef”(p. 510).

If this was not an Islamic war, what else was it? Do forcible circumcision and feeding of beef form any part of normal wars of territorial aggression? The War that Tipu Sultan waged in Kerala, was a cruel Islamic war against the Hindu population, mainly for conversion of Hindus by force. Yet there are degenerate Hindus in Kerala who admire Tipu Sultan as a hero!

The doings of Tipu Sultan were held out as an example which other detachments of the Mysore army followed. An original order sent to various army contingents by Tipu was found among the records from Palghat Fort, after its capture by the English Company in 1790. It has been reproduced as a footnote on page 510 of the Malabar Manual:

“It directed (all military detachments) that every being in the district should be honoured with Islam, that they should be traced to their hiding places, and that all means, truth or falsehood, fraud or force, should be employed to effect their universal conversion to Islam.”

While escaping from Tipu’s army, one of the princes of the Chirackal Royal family in North Malabar was captured and killed in an encounter after a chase of few days. As per the accounts of Tipu’s own diary and as confirmed by the English Company records, the body of the unfortunate prince was treated with great indignities by Tipu Sultan. “He had the dead body of the prince dragged by elephants through his camp and it was subsequently hung up on a tree along with seventeen of his followers who had been captured alive” (p. 512). Another chieftain, Korangoth Nair, who had resisted Tipu, was finally captured with the help of the French and hanged.

Such was the treatment meted out to Hindu nobles, chieftains, and their followers by Tipu Sultan of the Islamic faith. He was no different from other Muslim tyrants who had played havoc in North India such as Mahmud Ghaznavi, Nadir Shah, Timur, Aurangzeb and Kala Pahar of Bengal.

After solemnizing the marriage between the daughter of Arackal Bibi and his son, Abdul Khaliq, and conferring a portion of the Chirackal principality on her, Tipu Sultan proceeded to the South to subjugate Travancore and convert more Hindus to Islam. The persuasions and threats he delivered to the Zamorin and the Cochin Raja to wage wars against Travancore, either directly or on his behalf, did not succeed because Tipu was regarded by all Hindu Rajas and nobles as a fanatic Muslim. The Cochin Raja, though a tributary to Mysore, avoided meeting Tipu, fearing forcible conversion when invited for a special meeting. At the same time, he continued to send his tribute to Tipu as usual while secretly assisting Travancore to build and strengthen the long defense line (Nedunkotta Fort) through Cochin territory against the Mysore army (p. 516).

TIPU SULTAN: AS KNOWN IN KERALA